Soundabout is delighted to announce the appointment of composer and conductor Debbie Wiseman as their new Patron. One of the UK’s most successful music ambassadors, Debbie, who is Composer in Residence at Classic FM, has created some of the greatest soundtracks of our times; from the film score for the BBC’s Wolf Hall and Stephen Fry’s “Oscar Wilde” to the Andrew Marr Show.

Debbie’s appointment comes a week before the Classic FM and the rest of the Global network will be supporting the charity via the annual Global’s Make Some Noise charity day on Friday 11th October.

Earlier this year Debbie joined fellow Patron, musical savant Derek Paravacini, as well as alongside composers John Rutter, Dame Evelyn Glennie and Will Todd in supporting the charity’s #ShareTheLove campaign created by music producer James Hawkins. The powerful campaign film, which asked the questions “How do you say I love you using sound alone?” aimed to highlight the vital importance of music in the lives of people with severe and profound learning disabilities. View here: www.soundabout.org.uk/sharethelove

As well as her composing work, Debbie appears in concert halls across the country conducting her film scores, and has been a regular guest conductor at the Royal Albert Hall’s annual Filmharmonic concert as well as appearing at the 2014 Cordoba International Cinema Music Festival, becoming the first female conductor in the history of the event. Debbie is a Visiting Professor at the Royal College of Music, and regularly gives masterclasses to schools and colleges about the art of composing music for picture.

In the Queen’s Birthday Honour’s list, June 2018 Debbie Wiseman was awarded the OBE for services to music.

“Having supported Soundabout’s Share The Love campaign last year, I am honoured to officially take on this role in representing and supporting the charity. Soundabout doesn’t just unlock the door to freedom from isolation; it flings it wide open with a welcoming fanfare to a world of possibilities for every child it meets with the outstanding work it does. It is my hope that everyone finds the key to unlock their own voice, and gets the chance to dance in their own special way to their own special tune.”

Debbie Wiseman
Soundabout Patron
“We are delighted and honoured to have Debbie as a patron, especially a week before the charity is supported by Classic FM and the rest of the Global’s Make Some Noise family. Her support will be key in helping us to raise awareness of the vital work we do to unlock the potential of disabled children, young people and adults across the UK and we look forward to working closely with her”. 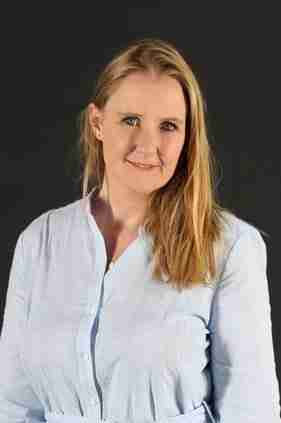 We use cookies to give you the best site experience. Clicking “Accept All”, consents to the use of ALL cookies. You may also provide controlled consent via "Cookie Settings" .
Cookie SettingsAccept All
Manage consent